On this day in history, February 24, 1781, Pyle's Massacre takes place in North Carolina. The Patriot army had retreated into Virginia after the Battle of Cowpens in January. British General Lord Charles Cornwallis was camped at Hillsboro, North Carolina, recruiting local Loyalists to join his army. By mid-February, Colonel Henry "Light-horse Harry" Lee and Colonel Andrew Pickens were sent back into North Carolina to scout out British movements.

Colonel and Dr. John Pyle of Chatham County raised 400 Loyalists to join Cornwallis. Pyle requested a military escort for his men and Cornwallis agreed to this, dispatching Lieutenant Colonel Banastre Tarleton and his dragoons (soldiers on horseback) to bring Pyle to Hillsboro. Against orders, Pyle's men took the time to visit with friends and family while they waited for Tarleton's arrival. 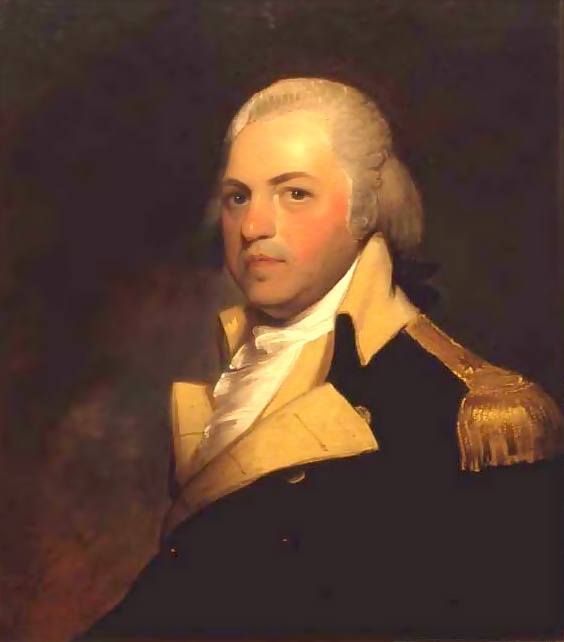 Meanwhile, Colonels Lee and Pickens heard of Tarleton's movements and set off to find him. A planned attack was suddenly called off when Tarleton's camp moved again. Tarleton had arrived at the designated place to meet Pyle's men, but since they had taken so long, they didn't arrive on time and Tarleton was trying to find them.

On the morning of the 24th, the Americans captured two British soldiers and learned that Tarleton was only a few miles away at the O'Neal Plantation. As the Patriots marched down the road, they met two farmers who had been sent ahead of Pyle's 400 men, who were now on their way to meet Tarleton. In a stroke of luck, the farmers mistook the Americans for Tarleton and his soldiers because both groups wore similar green jackets and plumes. Lee took advantage of the mistake and sent the farmers back to Pyle with orders to wait by the side of the road to allow Tarleton's cavalry to pass. 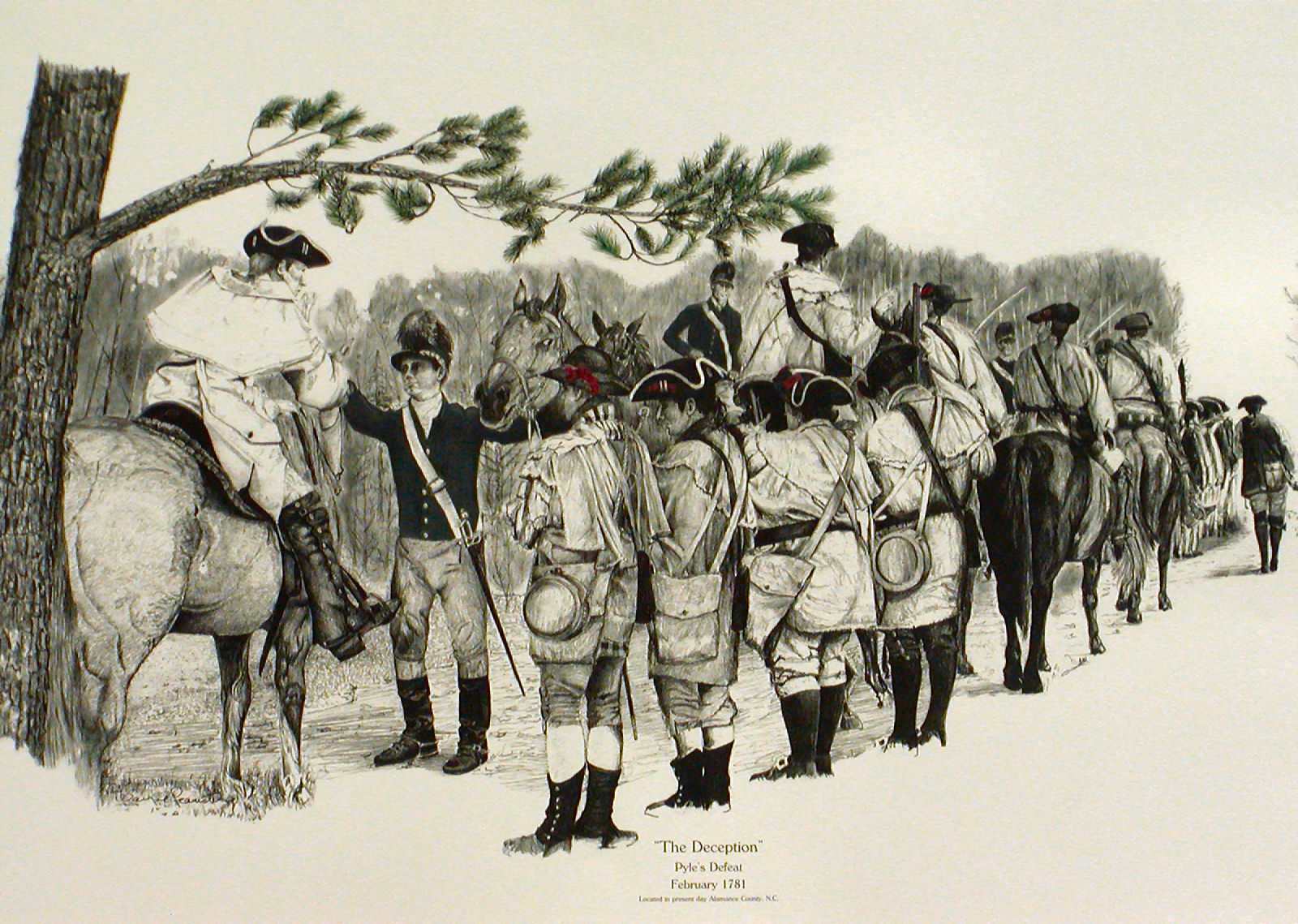 The Deception by Wayne Feamster, depicts Pyle's Massacre, aka Pyle's Defeat, aka The Battle of Haw River. Notice the patriots in green coats with plumes on their heads approaching the unsuspecting Loyalist line.

As soon as the farmers left, Lee split up the men into several groups to surround the Loyalists. His own group kept straight on the road and found the Loyalists standing in formation on the side of the road just as they had been told. The other Patriots snuck through the woods and surrounded them on all sides.

Colonel Lee approached Colonel Pyle and said some pleasantries, but when they reached out their hands to greet one another, a few Loyalists noticed the Patriots sneaking up in the woods and began firing on them. The Patriots began firing in unison on the Loyalists. The Loyalists, however, for the most part, were still confused and didn't realize they were rebels. Pyle, still thinking Lee was Tarleton, yelled out, "Stop! You're firing on your own men!" Others pleaded with the rebels, "Stop! We're loyal to the King!"

93 of the Loyalists were killed and dozens wounded in just ten minutes, but not a single patriot, hence the name Pyle's Massacre. Pyle himself was severely wounded and hid in a pond until he could get away. (Later on he would switch sides and bring valuable intelligence to George Washington that helped defeat Cornwallis at Yorktown.) Pyle's Massacre served to dampen British efforts to recruit Loyalists and only a few weeks later, the Battle of Guilford Courthouse would severely cripple Cornwallis' army, leading to his surrender at Yorktown in October.