On this day in history, February 28, 1752, Colonel William Washington is born. He was a second cousin of George Washington who trained to be a minister as a young man. When the Revolution broke out, he joined the local minutemen and became a Captain in the Continental Army.

Washington saw extensive combat during the war. He fought together with his lieutenant, future President James Monroe, at the Battles of Harlem Heights and Trenton, where they were both injured. He fought at Brandywine, Germantown and Monmouth. Due to his superb horsemanship, he became a major in the Light Dragoons (soldiers on horseback) and after an attack at Old Tappan, New Jersey, in which he was severely injured, he was promoted to Lieutenant Colonel and made the head of the 3rd Light Dragoons. 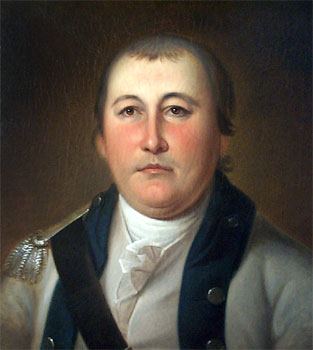 In 1779, Washington went to join the Continental Army in the south, where he met his nemesis, Lieutenant Colonel Banastre Tarleton on the battlefield many times. In 1780 and 1781, he was in continuous battle. He fought with Tarleton at Rantowle's Bridge, South Carolina on March 26, 1780 and again at the Rutledge Plantation on the 26th. On April 14, Tarleton won the Battle of Monck's Corner, but Washington escaped. His dragoons were defeated by Tarleton again at Lenud's Ferry on May 5. Washington escaped again, but the dragoons were so decimated they had to withdraw to regroup.

In August, Washington joined General Daniel Morgan in the interior of South Carolina and defeated Loyalists at Rugeley's Mill, where he tricked them into surrendering by using a fake cannon made of a log. Then he won another battle with Loyalists at Hammond's Old Store, which led General Cornwallis to instruct Tarleton to find Morgan and his cavalry at any cost. 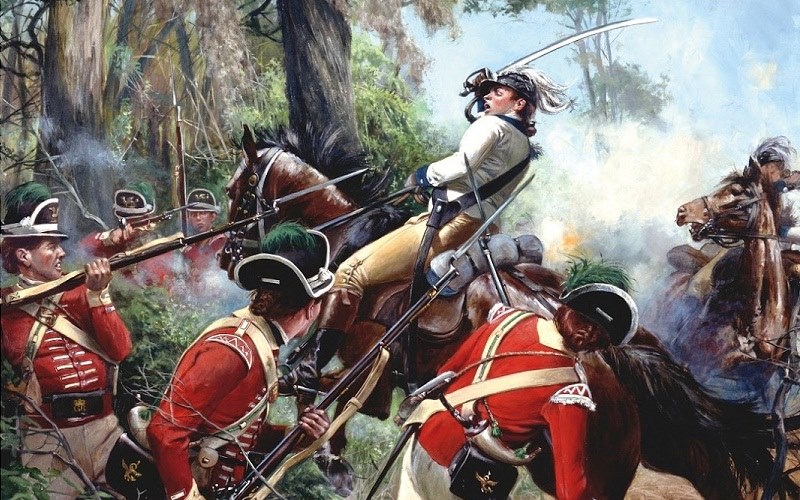 Colonel Washington at the Battle of Eutaw Springs by Don Troiani

In January, 1781, Morgan trapped Tarleton and his dragoons at the Battle of Cowpens. Washington was instrumental in the battle and personally chased Tarleton as he tried to escape. During the escape, Washington became surrounded by several of Tarleton's men. He was nearly killed by a sabre blow, but a black servant shot the sword-handler. Tarleton finally shot Washington's horse from under him and got away.

On September 8, 1781, at the Battle of Eutaw Springs, after being instructed to attack the British in a dense thicket, Washington ordered a retreat when he realized the thicket was too dense for his cavalry. The cavalry was decimated by British fire and Washington's horse was shot from underneath him. He was bayoneted, captured and taken prisoner to Charleston, where he remained until the end of the war.

Back in Charleston, Washington married wealthy heiress Jane Elliott. When the war came to an end, they stayed in Charleston and managed Jane's extensive plantations. Washington served in the South Carolina legislature from 1787 to 1804 and turned down the governorship several times.

Washington became a Brigadier General of the South Carolina militia in 1794 and in 1798, President John Adams appointed him a Brigadier General in the US Army during the Quasi-War with France. He passed away in 1810. Washington's contribution to the American Revolution can be summed up by a comment allegedly made by Lord Cornwallis after surrendering at Yorktown – "There could be no more formidable antagonist in a charge, at the head of his cavalry, than Colonel William Washington."