On this day in history, February 26, 1839, Sybil Ludington, the female Paul Revere, dies. Sybil Ludington is famed for a midnight ride just like Revere's when she was only 16 to raise the New York militia when the British raided Danbury, Connecticut.

Sybil was the eldest daughter of Colonel Henry Ludington, a New York militia leader, member of the Committee of Safety and organizer of a local spy ring, whose home was near present day Paterson, New York. On April 25, 1777, British General and Governor of New York William Tryon landed a raiding expedition on the shores of Fairfield, Connecticut and marched to Danbury the following day. Danbury was a major supply center of the Hudson River Valley based Continental Army, with thousands of barrels of pork, flour, molasses, rice and rum, and other important supplies such as cots, tents and shoes. 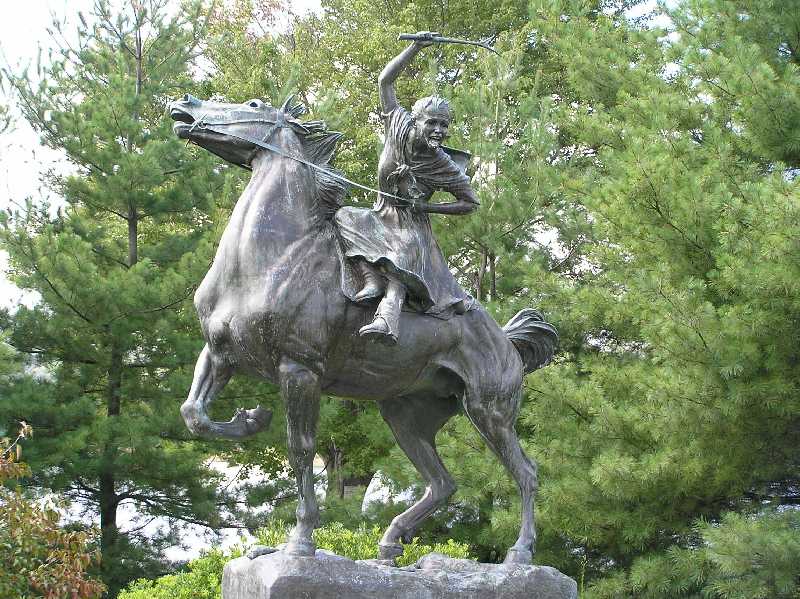 When the soldiers arrived in Danbury, they drove off the small militia force guarding the supplies and began to destroy the storehouses and supplies. Soon, the soldiers found the rum and, instead of destroying it, consumed it and promptly lost all control. They went on a rampage through the town, burning homes and businesses. There was nothing the commanding officers could do to stop them.

Around 4pm, messengers were sent in several directions to rouse the local militia to come to Danbury's aide. One messenger reached Colonel Ludington's home around 9 in the evening. Ludington was the commander of 400 New York militia, but they were scattered around the area and it was late. The messenger and his horse were exhausted and Ludington himself had only just arrived home from a long stint with the army on the Hudson River. 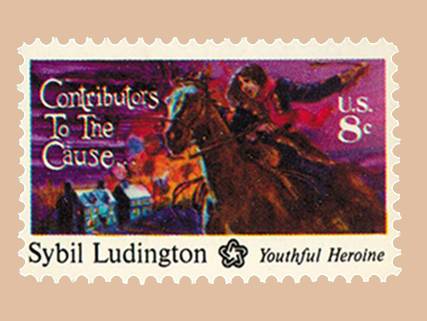 16 year old Sybil either volunteered or was asked by her father to round up the local troops. Sybil got on her own horse which she had recently broken and traveled more than 40 miles round trip, through the towns of Carmel, Mahopac, Kent Cliffs, Stormville and Pecksville. The journey was especially dangerous because the area was filled with soldiers, Loyalists, "Skinners" (outlaws) and runaway troops. At every farmhouse along the way, Sybil told the Minutemen that Danbury was under siege and that the militia was gathering at Ludington's. She drove her horse on with a stick, while the orange glow from the burning Danbury, which was 25 miles away, could be seen in the distance.

By the time Sybil reached home early in the morning of the 27th, most of the militia had gathered there. They were too late to help Danbury, but they aided Generals David Wooster and Benedict Arnold in chasing the British back to the coast, fighting in the Battle of Ridgefield, and along the roads in engagements very similar to the Minutemen chasing the British back to Boston after Lexington and Concord.

In 1784, Sybil would marry a Revolutionary War soldier named Edmund Ogden who had served with Captain John Paul Jones on the Bonhomme Richard. Edmund was a farmer and innkeeper in Catskill, New York. Sybil ran the inn herself after Edmund's death in 1799. In 1811, she moved to Unadilla, New York, to live with her only son, Henry, who was a lawyer. She passed away there on February 26, 1839. Ironically, Sybil's story was little known until it was published by her great-nephew, Louis S. Patrick, in 1907.