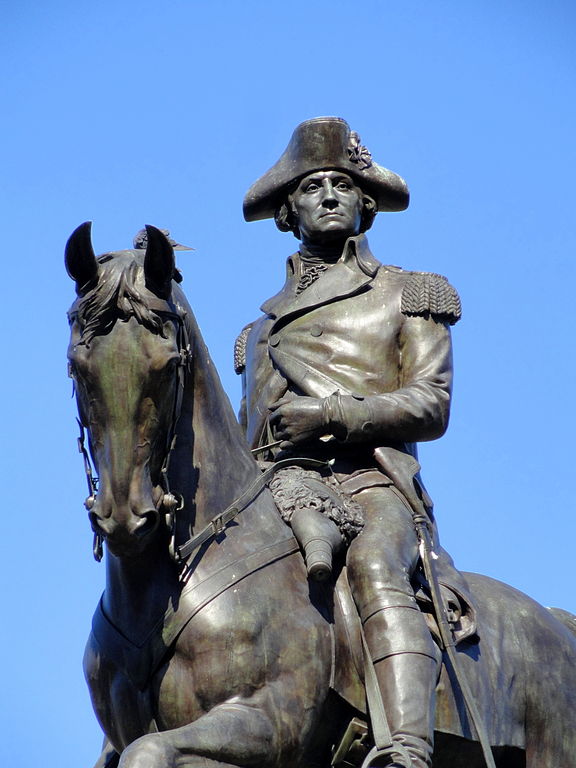 "The great mass of our citizens require only to understand matters rightly, to form right decisions." - Letter to James Lloyd, February 11, 1799

"It is a maxim with me, that in times of imminent danger to a Country, every true Patriot should occupy the Post in which he can render, his services to his country, the most effectually." - Letter to the Secretary of War, February 25, 1799

"Rev. Dear Sir, the Sermon on the duty of civil obedience as required in Scripture, which you had the goodness to send me, came safe a Post or two ago; and for which I pray you to accept my grateful acknowledgements. The hurry in which it found me engaged, in a matter that pressed, has not allowed me time to give it a perusal yet; but I anticipate the pleasure of the edification I shall find when it is in my power to do it. With every respectful wish, in which Mrs. Washington united, for yourself and the young ladies of your family, I am with great esteem and regard, Dear Sir, your most obedient and humble servant, George Washington" - Letter to Rev. William White, Christ Church, Philadelphia, May 30, 1799

"For your kind compliment, "The Immortal Mentor," I beg you to accept my best thanks. I have perused it with singular satisfaction; and hesitate not to say that it is, in my opinion at least, an invaluable compilation. I cannot but hope that a book whose contents do such credit to its title, will meet a very generous patronage equal my wishes, you will have no reason to regret that you ever printed the Immortal Mentor. With respect I am, Rev. Sir, Your most obedient, humble servant, George Washington" - Recommendation written by Washington for "The Immortal Mentor," by the Rev. Mason Weems, the only book Washington ever endorsed, beside a bible edition, July 3, 1799

"I am principled against this kind of traffic in the human species... and to disperse the families I have an aversion." - About slavery, in a letter to Robert Lewis, August 18, 1799

"It is demonstratively clear that on this Estate I have more working Negroes by a full half than can be employed to any advantage in the farming system." - Letter to Robert Lewis, August 18, 1799

"Half the workers I keep on this estate would render me greater net profit than I now derive from the whole." - Letter to Robert Lewis, August 18, 1799

"To sell the overplus I cannot, because I am principled against this kind of traffic in the human species. To hire them out is almost as bad because they could not be disposed of in families to any advantage, and to disperse (break up) the families I have an aversion." - Letter to Robert Lewis, August 18, 1799

"If principles, instead of men, are not the steady pursuit of the Federalists, their cause will soon be at an end." - Letter to Jonathan Trumbull, August 30, 1799

"One of the expedients of party to acquire influence, within particular districts, is to misrepresent the opinions and aims of other districts. You cannot shield yourselves too much against the jealousies and heart-burnings, which spring from these misrepresentations; they tend to render alien to each other those, who ought to be bound together by fraternal affection." - Farewell Address, September 19, 1799

"Your letter of the 16th inst. Has been received, informing me of the death of my brother (Charles Washington). The death of near relations always produces awful and affecting emotions, under whatsoever circumstances it may happen. That of my brother has been so long expected, and his latter days so uncomfortable to himself that they must have prepared all around him for the stroke though painful in the effect.

I was the first, and am, now, the last of my father's children by the second marriage who remain. When I shall be called upon to follow them, is known only to the Giver of Life. When the summons comes I shall endeavor to obey it with good grace." - Letter to Burgess Ball, his nephew, September 22, 1799

"Time is of more importance than is generally imagined." - Letter to James Anderson, December 10, 1799

"Upon the decease of my wife, it is my will and desire that all the slaves which I hold in my own right shall receive their freedom. To emancipate them during her life would, though earnestly wished by me, be attended with such insuperable difficulties on account of their intermixture by marriages with the Dower (inherited) Negroes as to excite the most painful sensations, if not disagreeable consequences from the latter, while both descriptions are in the occupancy of the same proprietor; it not being in my power, under the tenure by which the Dower Negroes are held, to manumit them. And whereas among those who will receive freedom according to this devise, there may be some who from old age or bodily infirmities, and others who on account of their infancy, that will be unable to support themselves; it is my will and desire that all who come under the first and second description shall be comfortably clothed and fed by my heirs while they live; and that such of the latter description as have no parents living, or if living are unable or unwilling to provide for them, shall be bound by the court until they shall arrive at the age of twenty five years; and in cases where no record can be produced whereby their ages can be ascertained, the judgment of the court upon its own view of the subject, shall be adequate and final. The Negroes thus bound are (by their masters or mistresses) to be taught to read and write and to be brought up to some useful occupation agreeably to the laws of the Commonwealth of Virginia providing for the support of orphan and other poor children. And I do hereby expressly forbid the sale or transportation out of the said Commonwealth of any slave I may die possessed of, under any pretense whatsoever. And I do moreover most pointedly and most solemnly enjoin it upon my executors hereafter named, or the survivors of them, to see that this clause respecting slaves and every part thereof be religiously fulfilled at the epoch at which it is directed to take place without evasion, neglect or delay, after the crops which may then be on the ground are harvested, particularly as it respects the aged and infirm; Seeing that a regular and permanent fund be established for their support so long as there are subjects requiring it, not trusting to the uncertain provision to be made by individuals. And to my mulatto man, William (calling himself William Lee), I give immediate freedom; or if he should prefer it (on account of the accidents which have rendered him incapable of walking or of any active employment) to remain in the situation he now is, it shall be optional to him to do so: In either case, however, I allow him an annuity of thirty dollars during his natural life, which shall be independent of the victuals and clothes he has been accustomed to receive, if he chooses the last alternative; but in full, with his freedom, if he prefers the first; and this I give him as a testimony of my sense of his attachment to me, and for his faithful services during the Revolutionary War." - Last Will and Testament, December 14, 1799