The Battle of Dogger Bank

On this day in history, August 5, 1781, the Battle of Dogger Bank sees a major battle between British and Dutch ships during the American Revolution. Britain declared war on the Netherlands in December of 1780 for helping the Americans in their Revolution. The Dutch never formally aligned with America, but throughout the war, they had engaged in transporting French supplies to America, primarily through St. Eustatius, a Dutch possession in the West Indies.

The Netherlands was a small power whose status as a naval and mercantile superpower was already waning. After declaring war, Britain blockaded the Dutch coast to monitor and prevent naval and merchant ships from leaving port. The blockade wreaked havoc on the Dutch economy and merchants began crying out to the government to provide military escorts for merchant ships. 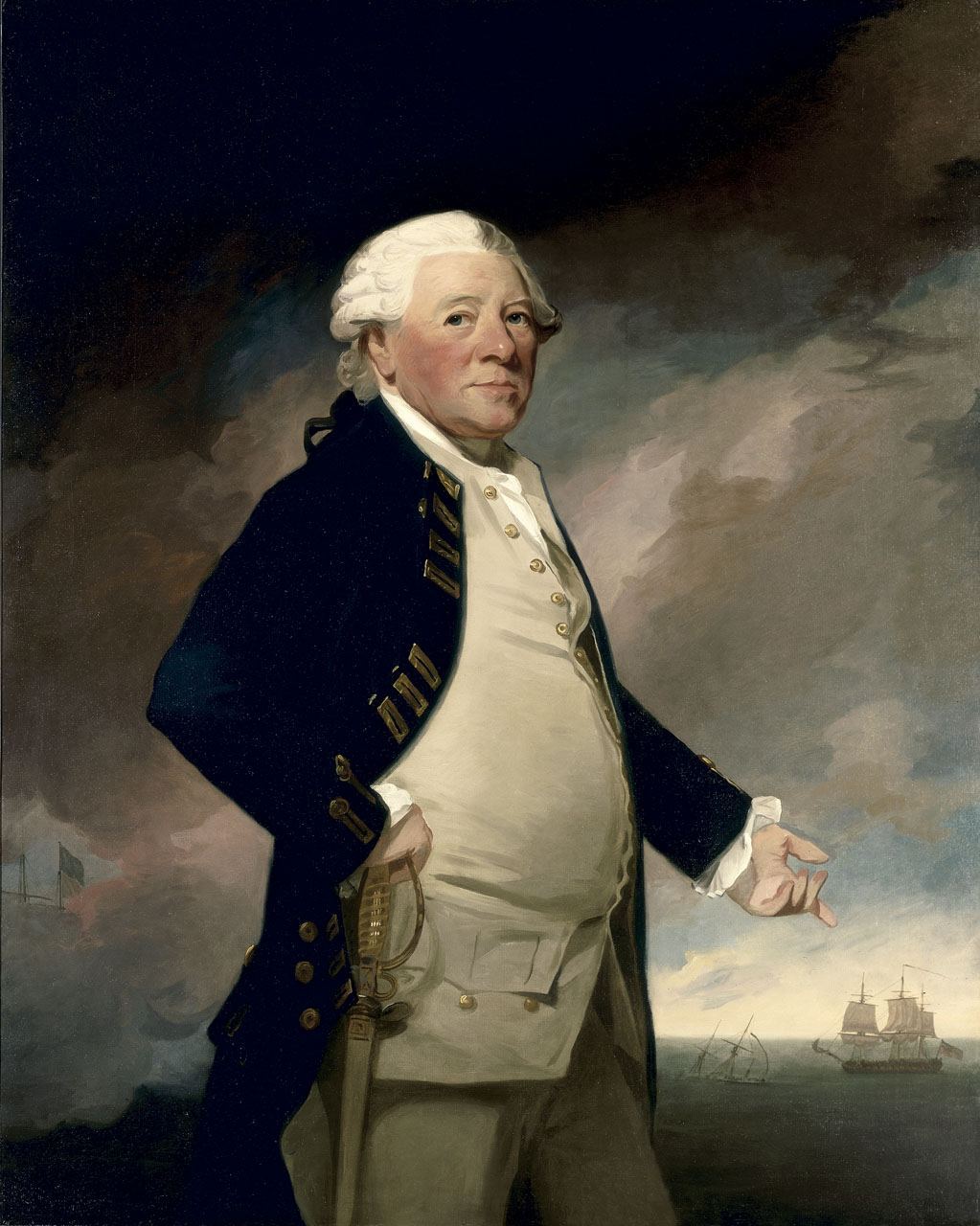 In early August, a large fleet of 70 merchant ships left the Texel, accompanied by 7 ships of the line, along with a number of smaller armed ships. The military escort was captained by Admiral Johan Zoutman, a long term and distinguished Dutch naval figure who would later have Fort Zoutman in Aruba named after him. This structure still stands and is the oldest Dutch structure on the island. 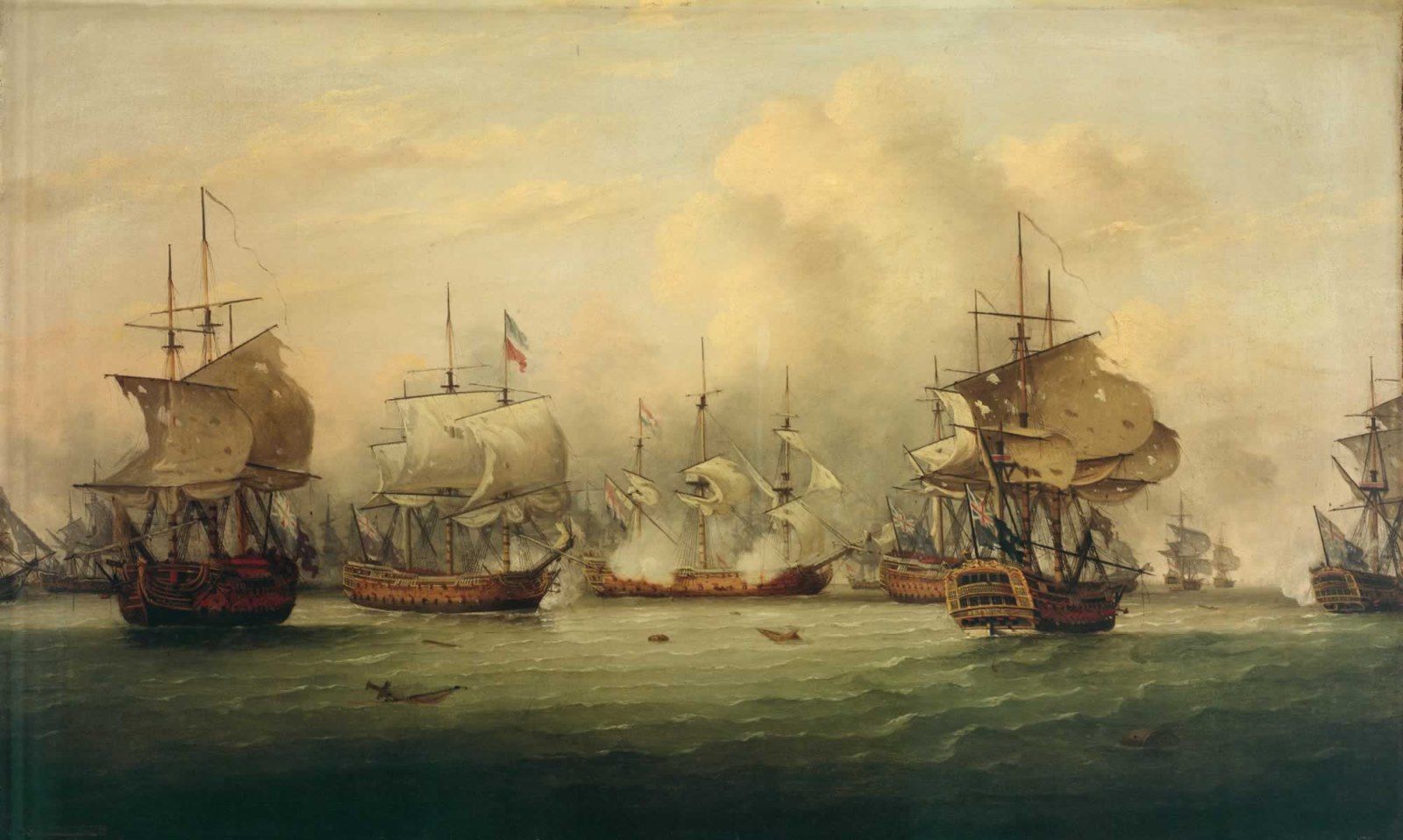 The Battle of the Dogger Bank by Thomas Luny

On August 5th, Zoutman's fleet was spotted near the Dogger Bank in the North Sea by British Admiral, Sir Hyde Parker, as he escorted a British fleet from the Baltic Sea back to England. The Dogger Bank is a large area of shallow water off England's coast that stretches 160 miles long and 60 miles wide. The water in this unique area is only about 50 feet to 120 feet deep, about 70 feet shallower than the rest of the North Sea.

Admiral Parker quickly sent the merchant fleet under his supervision on to England and gave pursuit to Zoutman's fleet. Parker's fleet was not in the best shape. The British navy was stretched very thin and all over the world at this point in the American Revolution. Many of Parker's ships were worn out and in need of maintenance. Some were not even built as warships, but were commercial vessels pressed into military service. Most of the ships did not have their full inventory of cannon operational.

The battle began around 8 am on August 5 and continued for several hours with both sides taking severe damage. The Dutch merchant ships left the battle and returned to the Texel and around 11 o'clock, Admiral Parker began a retreat. There was no clear winner in the battle, with both sides suffering very high casualties, although the British were successful in turning back the Dutch merchant fleet. 104 British sailors were killed and 339 wounded. 142 Dutch sailors were killed, with 403 wounded, although some reports placed the Dutch casualties as high as 1100. One Dutch ship sank that night.

The Battle of Dogger Bank occurred only two months before the surrender of British General, Lord Charles Cornwallis at Yorktown, Virginia. British Admiral Parker would go on to complain about his ill-equipped fleet. He would be appointed the naval commander of India in 1782, but would go down with his flagship, the Cato, on the voyage to the Far East.

Return to top of The Battle of Dogger Bank