On this day in history, October 23, 1777, a British fleet on the Delaware River is defeated by patriot defenders from Fort Mifflin and the Pennsylvania State Navy. Forts Mifflin and Mercer were built on the Delaware River just south of Philadelphia in order to prevent a British invasion of the city. Fort Mifflin sat on Mudd Island on the Pennsylvania side and Fort Mercer was at Red Bank, New Jersey, across the river. 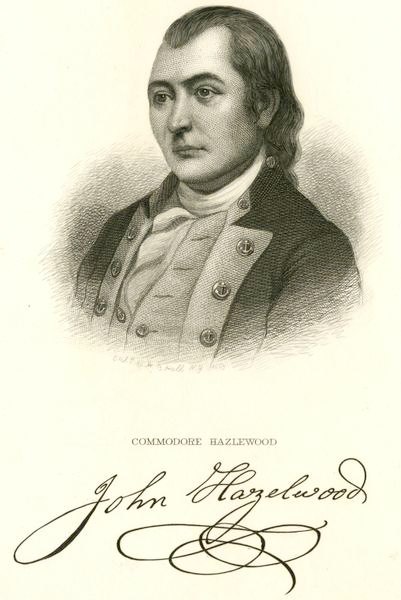 The Pennsylvania State Navy and the Continental Navy provided ships to monitor the river, all under the command of Pennsylvania Commodore John Hazelwood. The navy constructed a series of formidable chevaux de frise in the river between the forts. These were a series of spikes placed under the water that could penetrate the hull of passing ships.

In the fall of 1777, British General William Howe set about capturing Philadelphia. Partly due to the defenses on the Delaware, Clinton landed a massive army of 17,000 soldiers at Head of Elk, Maryland, on the north end of the Chesapeake Bay, instead. The troops marched overland to Philadelphia, undeterred by the Continental Army at the Battle of Brandywine, and took the city on September 26.

Forts Mifflin and Mercer still had their value though. The main way of supplying Philadelphia was by the Delaware River and this still lay in the control of the Americans. Any ships trying to sail up the river would be caught in the cannon fire between the two forts. General Howe knew he had to get control of the river or he would have a hard time feeding and supplying his troops. George Washington knew this as well, so he hoped to maintain control of the forts in order to force Howe to abandon the city. 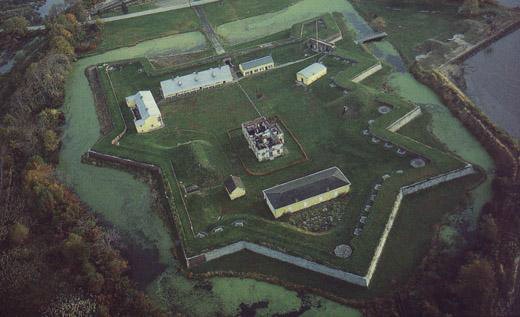 On October 22, a Hessian regiment of 1200 soldiers attacked Fort Mercer. Colonel Carl von Donop led the failed attempt, which saw a fourth of his troops killed or wounded. The following day, on October 23rd, a small fleet of British ships tried to navigate the chevaux de frise and get past the forts. The fleet was led by the 64 gun HMS Augusta. Cannon fire from Fort Mifflin rained down on the ships.

Both the Augusta and the 20 gun HMS Merlin took direct hits and may have been damaged by the chevaux de frise as well. Both ships ran aground. The Augusta caught fire from the cannonade and the ship's magazine was breached. The explosion killed over 60 crewmen. The sailors on board the Merlin set fire to the ship and abandoned her in order to prevent her being salvaged by the rebels. The mission was a failure.

The victories of the 22nd and 23rd were a great encouragement to the Americans, but General Howe became determined that he must take the river. A massive five day artillery bombardment of Fort Mifflin commenced on November 10, aided by ships from the river. The fort was abandoned in the night on November 15. In addition, 5,000 men were landed on the New Jersey side to deal with Fort Mercer. This fort was abandoned on November 20 as the British troops approached.

Forts Mifflin and Mercer eventually fell, but their brave actions helped delay General Howe from his primary mission of decimating the main body of the Continental Army north of Philadelphia for more than a month. The delay forced Howe to wait through the winter for a more opportune moment in the spring.

George Washington camped at Valley Forge during the winter, but by spring, Burgoyne had surrendered his army in New York, the French had joined the war, Howe resigned in disgrace and his replacement, General Henry Clinton, was ordered to abandon Philadelphia and return to New York. The survival of the Continental Army was largely due to the brave souls who fought at Forts Mifflin and Mercer.

Return to top of British Fleet defeated in the Delaware River