On this day in history, February 22, 1770, 11 year old Christopher Seider is the first casualty of the American Revolution. By 1770, the American colonists were in the midst of a boycott of British goods to protest the Townshend Acts, which taxed common items, such as tea, and increased the penalties for avoiding the customs duties.

Loyalists would often disregard the boycott of British goods and attempt to capitalize on the lack of goods for sale by continuing to import and sell them. One such Loyalist was Theophilus Lillie of Boston, the owner of a grocery store. Lillie was a known breaker of the boycott and on this particular date, patriotic citizens staged a protest outside his shop, hoping to shame he and his customers for supporting the tyrannical Parliament. 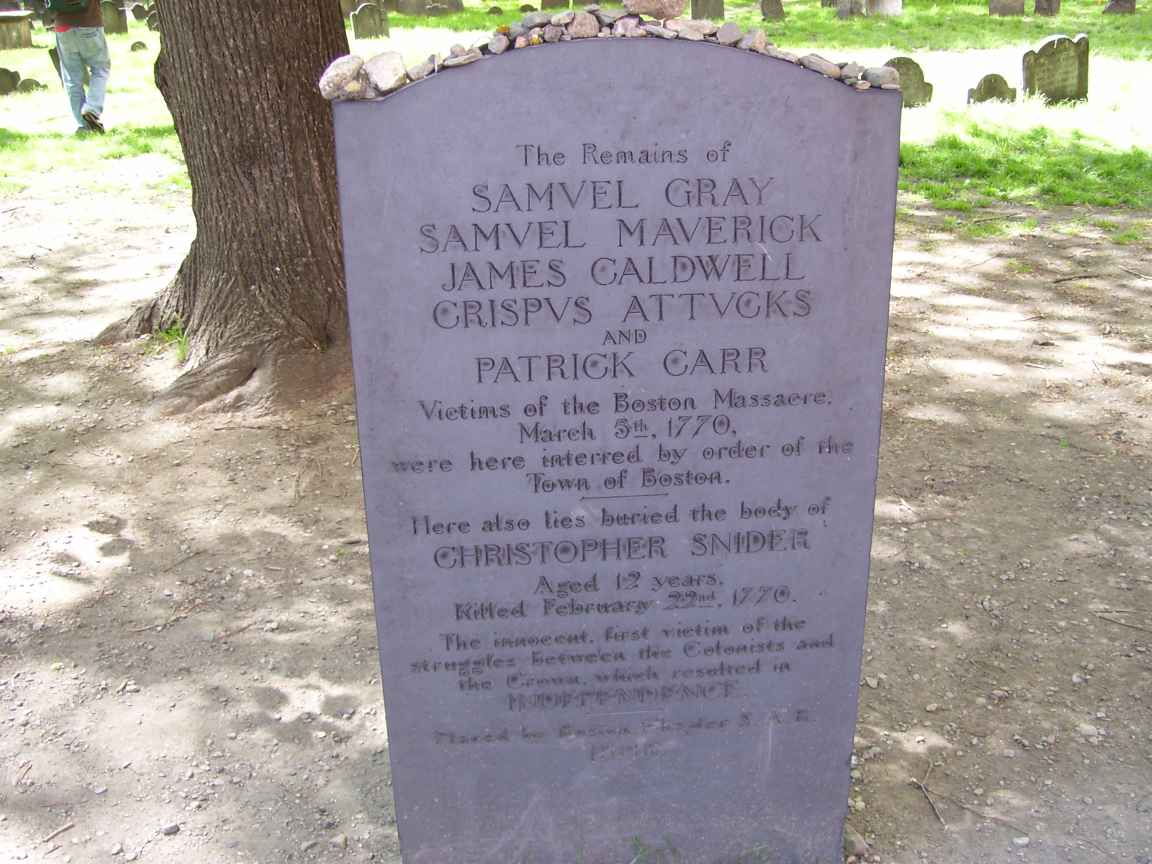 Christopher Seider grave with the Boston Massacre victims. Seider's portion states, "Here also lies the body of Christopher Snider, Aged 12 years, Killed February 22nd, 1770. The innocent, first victim of the struggles between the Colonists and the Crown, which resulted in Independence." His age and the spelling of his last name are incorrect.

Just then, Ebenezer Richardson, an employee of the customs office came by and attempted to break up the rioters, who were throwing stones at Lillie's store and carrying protest signs. Richardson was a hated figure himself for informing the Attorney General on the activities of the rebel patriots. When Richardson tried to tear down one of the protest signs, the crowd turned on him and began pelting him with rocks, at least one of which hit him in the head. Richardson ran off toward his house with the crowd chasing him. 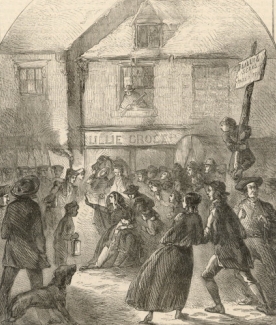 The Death of Christopher Seider The crowd stands in front of the "Lillie Grocer." The sign reads, "Lillie sells taxed tea." Artistic license has the boy shot in front of the store with Richardson holding a gun in the second floor window. In reality, Christopher was shot at Richardson's home nearby.

Arriving at home, Richardson hid inside while the crowd pelted his house with rocks. Sometime in the fray, a young German immigrant boy joined in the crowd. Christopher Seider was from a poor family, but he lived in the home of and worked for Grizzell Apthorp, a wealthy widow. Most traditional sources say that Christopher was 11 years old, but new sources indicate he may have been only ten years old.

Christopher was on the way home from school when he joined the rioting citizens at Richardson's house. At some point, rocks broke through the windows and Richardson's wife was struck. Richardson panicked and, fearing for their lives, pulled the trigger on his gun and began firing into the crowd. Young Christopher was shot twice, in the chest and in the arm, and died that evening.

2,000 people attended Christopher Seider's funeral , which was arranged by Sam Adams. The incident served to stir up Boston so much that the Boston Massacre would occur only 11 days later, when angry citizens harassing a group of soldiers were fired upon with 5 more casualties. Ebenezer Richardson was charged with murder for Seider's death, but found innocent on grounds of self-protection. He was also given a promotion in the customs service. Seider is often considered to be the very first casualty of the American Revolution, five years and two months before the Battles of Lexington and Concord.